What I’m watching:  Place of Execution (which seems like several books I've read rolled into one story) and Great British Bake Off... waiting eagerly for Derry Girls' final season!  Also Who's Talking to Chris Wallace.

What I’m reading: My top two reads were Shrines of Gaiety (nearly a five star!) and The Bullet that Missed.  To be honest, it's been a difficult reading month for me, between getting back in the swing of work, my infusions and generally not feeling quite right emotionally (yes, you have to be in a good mental place to enjoy reading - ask anyone).

What made me smile this month:  One of my BFFs coming for a visit.  She lives many states away from me, and usually we see each other at conferences (so, 2-3 times a year).  Since COVID, we hadn't seen each other for two years, and then our time at ALA was limited.  But spending a weekend with her here?  Such a great time just catching up, sitting around drinking tea and eating good food.

What is my quote for the month: "Cake is just blingy bread" (Sue Perkins, GBBO Season One)

Racist or owning it?

Today I learned that there's an Asian American musical group, The Slants.  And apparently people are insisting they change their name because it's racist.  This has been going on since 2015, with a 2017 SCOTUS ruling saying they can use the name (the question of trademarking racist names being tossed out by the Court).  Thing One wanted to know what I thought.

My response?  "I've been listening to Snotty Nosed Rez Kids..."

Now, I'm not insensitive to the sensitivity around the issue.  It would be offensive if the groups were not comprised of First Nations or Asian Americans, and if it were not their decision to use those names.  In the privacy of my car, I listen to SNRK's music but I wouldn't share it in public because while I am a Member of the Tribe, it's a very different tribe and culture.

There's the idea that a people can reclaim a term, or denude of of the harm it does (think Queer Nation's We're here, we're queer, get used to it in the 1980s, or rappers using the N Word).  And while it may make me uncomfortable to use the words or phrases, if it's "in group" then it's not my prerogative to be insulted on the groups behalf.  However, if it's not members of a group using the term.... which is why I 100% endorse changing the name of the Washington football team.

Saw this on the internet... 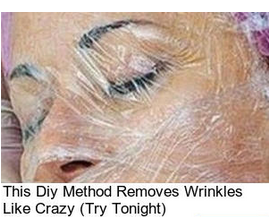 I've spent part of my summer clearing things out, at work and at home.  While I've been working on my Shows To Be Watched list, I've also been doing some digital cleaning and here are some of the bits of flostam and jetsam I have to share.  You lucky readers, you!

She broke the law

I'm sure I'm going to get hate comments but... this kind of comment really bothers me. 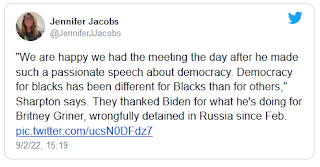 Leaving aside the issues I have with the "Rev. Al", the statement that Britney Griner is "wrongfully detained" is simply wrong.  She brought an illegal substance into Russia.  She got caught.  Full stop.

Now, there might be truth to her statement that she had packed quickly and didn't realize she had the vape cartridges in her luggage.  The fact still remains: it's illegal in Russia.  And when traveling there, she needs to follow their rules.  This isn't a case of some random American accused of spying, where there might be deniability.  She had the cartridges in her luggage. They were found and seized as evidence.

We could certainly have a conversation about the length of the sentence, or whether Russia should just expel her and refuse her future entry.  But the fact remains: she had an illegal substance and got caught.  She should not get special treatment simply because of her job or fame.

My sister and her family live in Ontario.  If she was to fly to Montreal, with the same cartridges in her luggage, and the plane got diverted to US airspace and lands, that's international trafficking, even though it's legal in the states bordering Canada and in Canada as a whole.  I'd be pissed, mostly at her for not knowing the law, but she did the crime.

That's what happened here, a crime was committed.  There should be no exceptions for fame or position or ability to rouse people's passions.

This was a much better four month period, and I'm actually a little ahead on my annual goal!  Sadly, while there have been several DNFs and many "meh" books, none have fallen into that OMG Everyone Needs To Read This Now category. What I'm looking for is a book that surprises me, that gives me a new way to look at a genre/subgenre, or just somehow engages my mind and won't go away.  None of these were that book, but, as always, YMMV.

Lucky Girl, How I Became A Horror Writer; M. Rickert

Atlas of Imagined Places; Matt Brown
The Red Widow; Sarah Horowitz
This Is What It Sounds Like; Susan Rogers