Anyone that knows me knows I'm one of those "early to bed, early to rise" types.  So you can imagine how excited I was to hear the You've Got A Text noise from my work cell phone at 11:10pm the other night.  What work emergency could there be?  I'd know if my library was on fire because I'd hear it from home... it's unlikely that a student needed an emergency book recommendation... no colleague would be up working on a LibGuide or something at that hour during Spring Break...

The emergency?  Well, apparently it was a semi-drunken text: 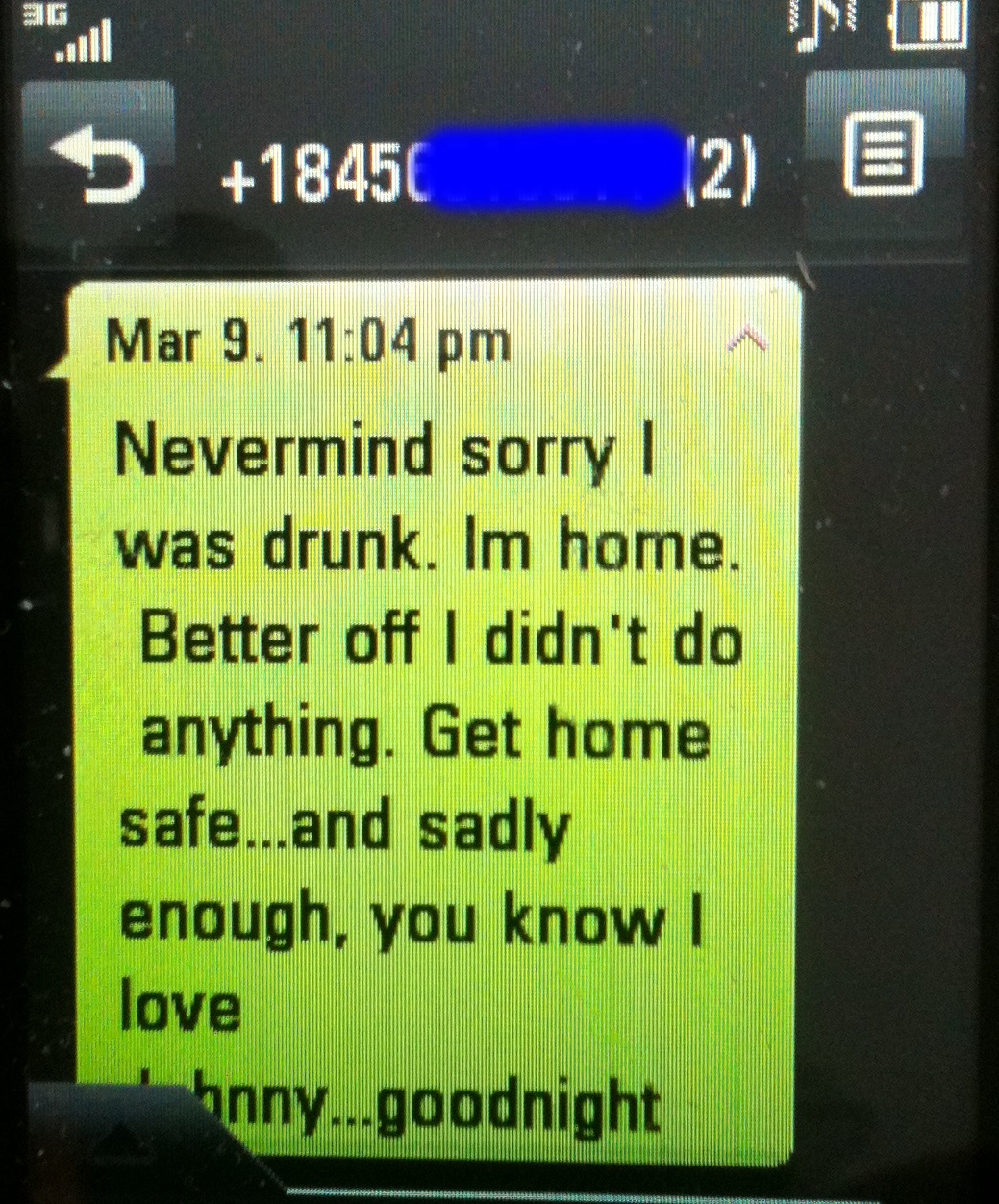 Yep, Vincent strikes again.  And earlier that day I'd heard from a credit collector under contract to NYS Department of Taxation.

I did get his last name from the credit guys and I know what town he's in, but when I searched for his name online I found four people in that town with his name.  Here's the dilemma: do I


Maybe there's another option I haven't considered.  Weigh in, please.
Posted by Lazygal at 08:45 No comments: