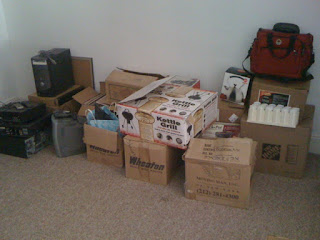 Of course, all losses need to be offset by gains:
Onwards and upwards!
Posted by Lazygal at 07:12 2 comments:

I almost called this post tertium quid, but that's an inside joke and the insiders don't read this blog... anyway, let me introduce to you Thing Three.

Who is Thing Three?  He's my BFF from college, so predates Things One and Two (and I just realized that I've numbered the Things in reverse order of how long I've known them, which must mean that a putative Thing Four would come from my HS years... or earlier).  Thing Three and I were often assumed to be "in a relationship" but never were - just ask his girlfriends.

Yes, we spent many a night together but it was talking or teching.  We originally hung out on different fringes of the same larger group but by Spring Semester of our first year, we had a schedule that synced one afternoon after lunch, so hung out and chatted while others did labs or something else.  Turned out we were both Government majors, but he was pre-theological seminary.  I was still pre-law at that time, but by junior year that dream ended as I found other things that interested me more.  He was my go-to guy for quick shopping trips off campus (or to my parents' home), for testing new recipes and for general hanging out fun.

When graduation happened, we both came to NYC.  He to start his career as a minister, me to start mine in non-profit theatre management (no, neither of us really wanted to make money then.  how idealistic we were!).  It was such a blessing to have someone nearby who was up for going to theatre (I got a lot of free tickets back then) or movies.  And yes, having a good friend in the Big Bad City made things more bearable.

Then, in 1988, he left for his first congregation.  We spoke on the phone and sent letters/cards back and forth but the inevitable happened - he met his lovely Lady Wife and I met Thing One.  For a variety of reasons we lost touch, but thanks to a mutual friend and Facebook, we're back in each other's lives.  Not the way we were, obviously, but still... I'm so grateful that he's there.

Despite my desire to declutter, having another Thing around feels good.  I'm sure you'll be hearing more about him as the blog rolls on.
Posted by Lazygal at 12:21 2 comments:

I had a blogpost all prepared to go today. It was about two guys I know, M1 and M2. Both have made choices about how they would live their lives that were admirable, particularly since those choices come with consequences that weren't always comfortable. Recently, however, I've lost my respect and admiration for them. I was going to go into detail and rant, but at Meeting yesterday I realized that was a lot of negative stuff that just didn't need to be put out there... doesn't mean that I respect or admire them, though.

What prompted this was (in part) a quote from the book I read Saturday, Born Wicked. At one point, the main character, Cate, asks Finn "what do you love?" She meant "if you didn't have to worry about making a living... paying bills... providing for a family... what would you be doing? what's your passion?" It made me think of two other friends, Chuck and Bekkie, both of whom have also made choices and are doing what they love.

Chuck has a day job that I can't imagine he's crazy about (we've never talked about it) but on the weekends he goes to take photos, or drives up to Canada to work with the NBLC. Why would anyone spend that much time on the road driving from place to place? Because they love it.

Bekkie was one of the smartest people I knew in high school. She was also probably the only friend I had who was on a sports team (the rest of us met our PE requirements and that was it). In college she majored in something to do with science (another thing I avoided) and yet since then she's mostly worked at jobs she took mostly to give her the money she needed to travel and run marathons. Her goal was to run marathons in all 50 states (plus DC) by the time she was 50, and she met that goal at the 50th running of the Peachtree Race.

As I sat there yesterday I reflected on how lucky I've been to be able to do the things I love: my BFF K. can tell you that I was recommending books to her in 3rd grade, and there's a copy of The Fellowship of the Ring that I inscribed "Dear Daddy, I think you'll like this book. It's great." in 1972. Research is also fun for me, and helping people find the right book or the right information makes me glow inside. Even before getting my MLS I was doing those things!

As we move closer to Thanksgiving, isn't it time for all of us to ask "what do I love?", find a way to do it, and then be thankful that we can?
Posted by Lazygal at 13:06 1 comment: 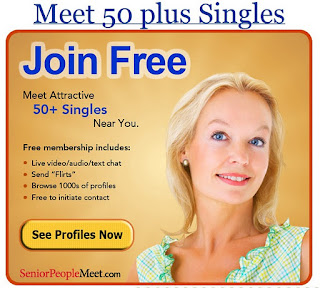 Do you think it's because I'm a member of AARP? Is someone trying to tell me something? Am I overthinking this?
Posted by Lazygal at 09:17 2 comments:

I've been watching the whole Penn State/JoePa mess unfold and this interview just made me sick:

It's so clear that Franco Harris Just.Doesn't.Get.It. At all.

The statements that "it wasn't a football thing" turn my stomach.

It made me glad - for perhaps the second time since graduation - that I went to Hamilton College. The firing of Eugene Tobin was one such time, not because I disliked Tobin but because there was a principle at stake and Hamilton did the right thing (which hasn't always been the case).

But there was one other event, something that happened while I was there, where the Right Thing was done. A friend of mine was on a sports team - she also had a slight drinking problem. One year, at the winter sports banquet (held off campus) she had a little too much to drink and wanted to go "home." She mentioned this and one of the assistant coaches offered to give her a lift. The Big Coach approved. And on the way home, the assistant coach stopped the car...

I got involved because my friend came to my room, very upset and disheveled. She told me and another friend what happened, after which the other friend took her off to another dorm. Which was a good thing because shortly after the assistant coach came to the dorm looking for my friend. According to him, "she was upset and drunk and [he wanted] to make sure she got back to her dorm safely." Only problem was, according to my friend, he'd told her to go to her room, take off her clothes and he'd be up as soon as he'd parked the car. I mean, a car's so uncomfortable, right? So why not have a follow-up in a real bed?

My friend reported the rape. The school investigated (I was questioned) and - unlike at PennState - both the Big Coach and the assistant coach were fired. Immediately.

Now, Hamilton is a much smaller school. When I was there they were Division III and didn't play in any post-season tournaments. PennState, of course, is Division I and makes a ton of money off that. Still, rape is rape. That the right thing wasn't done until now? Unforgivable.
Posted by Lazygal at 13:44 2 comments:

I certainly believe we all suffer damage, one way or another.  How could we not, except in a world of perfect parents, siblings, neighbours, companions?  And then there is the question, on which so much depends, of how we react to the damage: whether we admit it or repress it, and how this affects our dealing with others.  Some admit the damage, and try to mitigate it; some spend their lives trying to help others who are damaged; and then there are those whose main concern is to avoid further damage to themselves, at whatever cost.  And those are the ones who are ruthless, and the ones to be careful of.

- Julian Barnes, The Sense of an Ending
Posted by Lazygal at 07:49 No comments: