I've been cleaning up my house and came across a set of photos that show the Original Three cats: Howard, Pravda and Marlowe.  Howard you've read about, Pravda and Marlowe were litter-ally siblings that Thing One brought with him when we moved in together.  These are my favorite photos - hope you enjoy them. 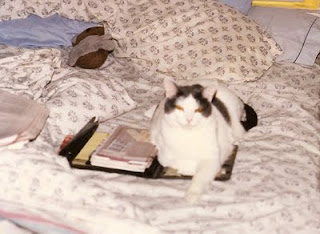 This is Howard in his role as Business Cat (note the Filofax!) 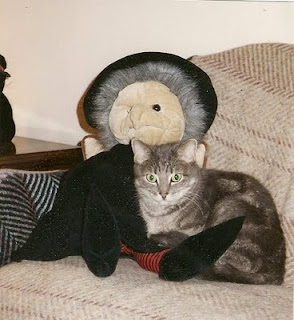 Pravda (aka "Poo") was a very feminine cat, flirting with any male in sight.  She was particularly distressed when Howard proved immune to her wiles!  Isn't she just sooooo cute? 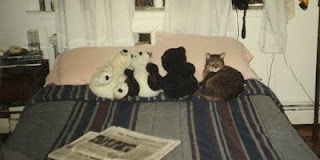 One of these things is not like the others... 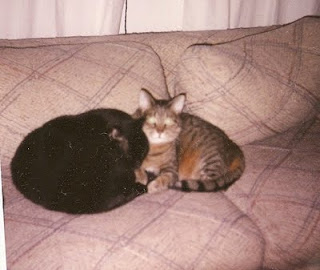 Poo and Marlowe were often found curled up together.  I don't think I have any photos of him alone, but Marlowe was a talkative kitty who seemed to think that all humans were related to Thing and never understood why our hands didn't follow him around when he wanted to be scratched.

And finally, all three together on the couch.  Yes, Howard is larger than both of them together.  Blame the steroids he took to control his asthma.

For those following the Herd's progress:

What beauties they all were! Howard in bed with the filofax reminded me of you... always hard at work, even at home. Although in his case, it wasn't like he had another option. *G*

It's obvious how much joy they brought to your life.