How many of you have seen the BBC Top 100 Books list? It's become quite the meme, found everywhere on Facebook and on blogs. There are problems with the list, none the least of which is the inclusion of both "The Chronicles of Narnia" and "The Lion, the Witch and the Wardrobe", and "The Complete Works of William Shakespeare" and "Hamlet". Of course, any list compiled by survey is going to raise eyebrows and create problems.

Then there's The Western Canon, the 1,000 books you Must Read, and any number of other lists of great books, decided by various people based on various criteria.

Terry pointed out The Elegant Variation's comments on James Wood's take on the Western Canon.

My thoughts? If I look at all these lists, I get overwhelmed - I feel as though I don't read anything, as though I'm nearly illiterate. Nonsense, you say? Well, it's true... by their standards. Yes, I read more YA literature, more genre fiction, and fewer "quality" books than I might if I weren't working as a school librarian. Or I might not.

Letting lists like this define my fiction intake? A mental clutter habit I need to break. On the other hand, these lists do make for fun reading...
Posted by Lazygal at 18:49 2 comments:

You or Someone Like You, Chandler Burr
Posted by Lazygal at 08:51 No comments:

Things my mother was right about (in the past 24 hours)

Sometimes, mother really does know best. For example:
Thanks mom!
Posted by Lazygal at 09:01 1 comment:

on spoilers, that is, from Savage Chicken 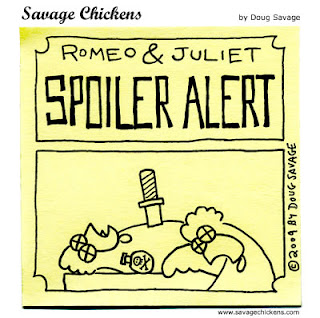 Where I want to be when I grow up 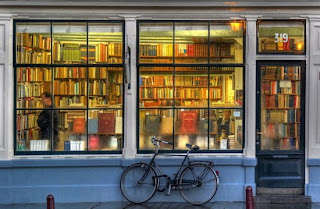