All our innumerable memorable dinners reminds me yet again that our own personal complex ever contracting, ever expanding circle of friends is our most precious possession. It is a gift that energizes, it is a gift that invites constant nurturing and continuing loving care for all of us to flourish.

Irena Chalmers
Posted by Lazygal at 07:56 No comments:

Every book has unpleasant sentences, ideas that attack the main structure, words that cancel out other ones, and I want to eliminate all that. The path to the perfect quote is winding and takes years to travel, but when it arrives, it justifies all the unhappiness that reading gives us.

The Paris Enigma, Pablo de Santis
Posted by Lazygal at 08:01 No comments:

And I thought things couldn't get worse 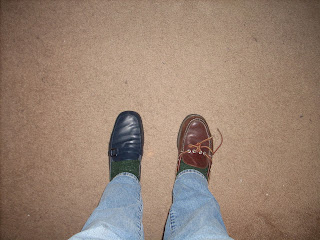 Cheese crumbs spread in front of a copulating pair of rats may distract the female, but not the male.

Those vanity license plates on cars can be funny, can't they? Today I saw a Fortwo. The plate read "Mikey Jr".

I can only imagine which car gets "Mikey Sr".
Posted by Lazygal at 18:18 No comments:

I know, from my own experience, that no one is who they dream of being. We all aspire to something else, an ideal that we don't want to sully by bringing it too close to our real lives. The orchestra conductor would have preferred to be an Olympic swimmer; the renowned painter, a skilled swordsman; the writer famous for his tragedies, an illiterate adventurer. Fate is nourished by errors; glory feeds on regret.


If I should need to name, O Western World, your powerfulest scene and
show,
'Twould not be you, Niagara--nor you, ye limitless prairies--nor
your huge rifts of canyons, Colorado,
Nor you, Yosemite--nor Yellowstone, with all its spasmic
geyser-loops ascending to the skies, appearing and disappearing,
Nor Oregon's white cones--nor Huron's belt of mighty lakes--nor
Mississippi's stream:
--This seething hemisphere's humanity, as now, I'd name--the still
small voice vibrating--America's choosing day,
(The heart of it not in the chosen--the act itself the main, the
quadriennial choosing,)
The stretch of North and South arous'd--sea-board and inland--
Texas to Maine--the Prairie States--Vermont, Virginia, California,
The final ballot-shower from East to West--the paradox and conflict,
The countless snow-flakes falling--(a swordless conflict,
Yet more than all Rome's wars of old, or modern Napoleon's:) the
peaceful choice of all,
Or good or ill humanity--welcoming the darker odds, the dross:
--Foams and ferments the wine? it serves to purify--while the heart
pants, life glows:
These stormy gusts and winds waft precious ships,
Swell'd Washington's, Jefferson's, Lincoln's sails.
Posted by Lazygal at 15:12 No comments:

...one of the things I'm struck by is that religion, and religious people and leaders, no matter how stern they may look and how darkly they may dress, are deeply frivolous. There's something absolutely frivolous about religion, no matter how ghastly it may appear, no matter how strict and stern its countenance. I call something frivolous if it distracts from the nuts and bolts of real life, of how we try to live our lives as model creatures. I find something quite unforgivable about the way religion clouds what should be fairly clear water and does everything it can to make that as difficult to navigate and negotiate as possible.

Iain Banks
Posted by Lazygal at 08:51 No comments: