Anyone else read The Plain Janes? It's one of the few graphic novels I've been able to read (sorry, the genre may be wonderful, but my brain just can't process them properly). Anyway, P.L.A.I.N. stands for "People Loving Art In Neighborhoods". In that spirit, I share something I saw on Nancy's Full Circle Blog: 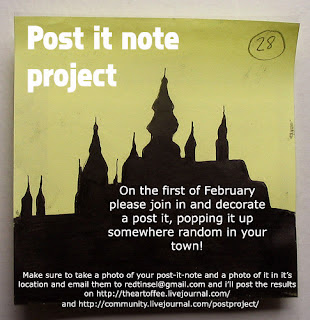 What do I have to do?

Twice today I've been called by the wrong name. By vendors. People trying to get my business.

The first vendor (who has done this before) and I e-mailed a few times, and I finally wrote, "By the way, my name is L[azygal]". I got a phone call semi-apologizing, but mentioning that there's an actress with a similar name blah blah blah.

That's definitely the way to my wallet: blame my parents for my name and the confusion it supposedly engenders.

I just got another e-mail from someone I spoke to at Midwinter, and who has my information written down in front of him. As in, no possibility of a typo.

It's actually gotten worse since I moved to MPOW.

I'm thinking of changing my name. I just don't want to admit defeat.
Posted by Lazygal at 20:05 No comments: 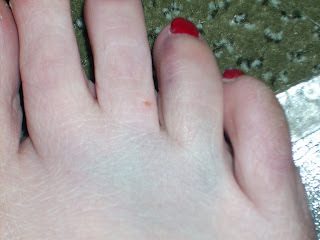 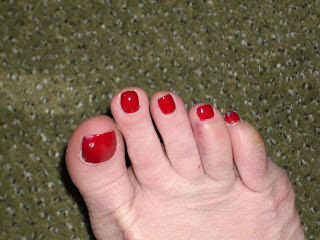 That would be my newly broken toe, in shining technicolor.
Posted by Lazygal at 14:02 3 comments:

I managed to take two whole days off to relax and read, but today I had a lot to do: budget reconciliation, typing notes for a meeting on the rebuilding, etc.. 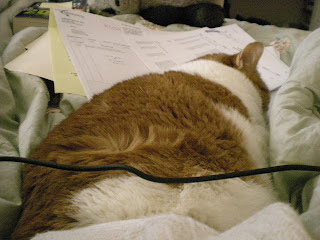 I did try to overcome all obstacles, but... 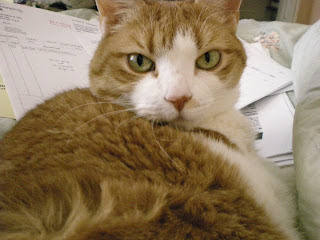 "You really want to go through me to get to this stuff?" 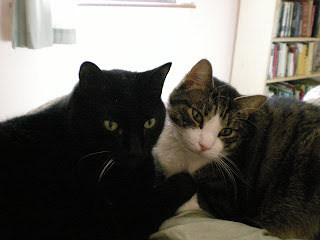 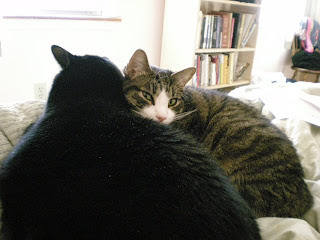 But obviously my typing is a problem.
Posted by Lazygal at 13:30 2 comments: